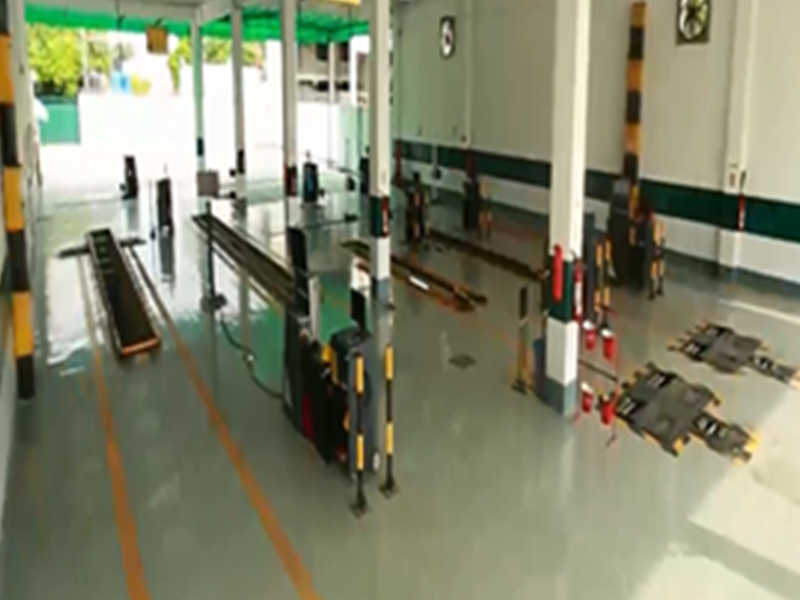 After inaugurating the system, the chief minister inspected the Kala Shah Kaku station and reviewed in detail all phases of inspection and certification of vehicles.
This latest system has been introduced with the cooperation of a prominent Swedish international company OPUS for the safety of the people traveling on roads and also prevent car-stealing. A total of 39 stations will be set up under VICS in Punjab by the end of 2017 whereas two out of total three stations have been completed at Kala Shah Kaku and Green Town, Lahore.
Speaking at the opening ceremony, the chief minister said the scope of this programme will be extended to the whole province. “It is a big programme not in terms of cost or size but with regard to road safety,” he added.
The CM further said that the new system will completely change the existing setup.
He also warned that those transporters and vehicle owners who will cooperate voluntarily will be given due respect while non-cooperative elements will be sent to police stations and jails.
CM directed the Inspector General Police to take immediate steps for improving traffic system in Punjab. He said that it is an open secret that bogus driving licenses are also issued and those holding such licenses drive carelessly which results in accidents.
He also shared the idea of establishing Driving Licensing Authority to improve the system. This authority will operate on the pattern of VICS.
Referring to Sahiwal Coal Power Project, CM said the power project of 1320 megawatts was to be completed in December 2017 but now it will be complete in June 2017. Also, work is in progress speedily on Port Qasim Coal Power Plant, he added.
Taking on the opposition, the CM said that the elements involved in the politics of sit-ins have again become active again and are bent upon “undermining the process of development”. After success of the PML-N in AJK elections, CM said, these elements should learn a lesson.
“It is unfortunate that these elements are again trying to create hurdles in the process of national progress and prosperity,” he added.
However, he hoped, Pakistani nation will not allow anyone to undermine national interests and will foil negative designs of such elements.
Addressing the ceremony, OPUS Chairman Carl Magnusgreko said that the company is working across the world in the field of road safety and he was deeply impressed with road infrastructure when he visited Punjab first time in 2013.
Swedish Ambassador Ingrid Johansson said that it was a pleasure to work with Punjab government in the important sector of road safety and this programme will play an important role in the protection of human lives. She assured that the Swedish government will further promote trade and economic relations with Pakistan.
Federal Minister Rana Tanvir Husain, Punjab minister Rana Sanaullah, Chief Secretary, public representatives, officials of OPUS group and a large number of people were present on the occasion.