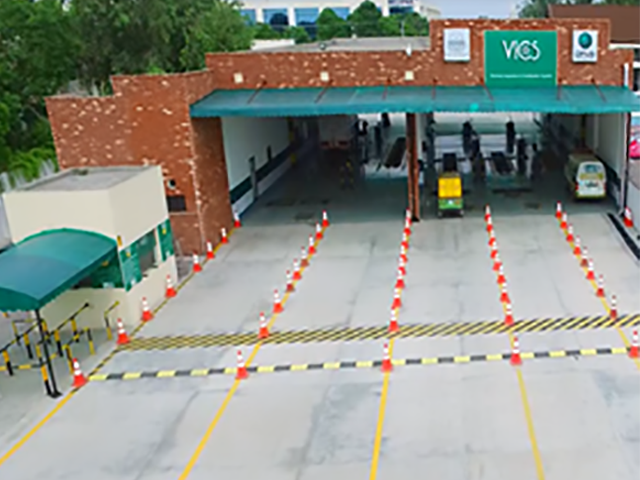 LAHORE: A total of 39 Vehicle Inspection and Certification System (VICS) centres will be set up in the province by 2017 to improve road safety, Chief Minister Shahbaz Sharif said on Saturday.
He was addressing the inauguration ceremony of the Kala Shah Kaku VICS centre in Sheikhupura. He viewed the process for the inspection and certification of vehicles. The chief minister said that the system had been introduced with the cooperation of a prominent Swedish company, OPUS, for the safety of road users. “The system will be extended to the whole province. Three centres will be established in Lahore. It will also reduce car theft cases,” the CM said.
The chief minister thanked Law Minister http://cialisfrance24.com Rana Sanaullah, the chief secretary the transport secretary and the Swedish company for their efforts for establishing the centre.
“The project will cost Rs1 billion. Its sole purpose is to ensure the safety of people,” he said. The CM said that passengers’ deaths in many road accidents were caused by decrepit public transport vehicles. “Transporters and vehicle owners should voluntarily work towards ensuring safety. Otherwise, they will be sent to police stations and jails. Loss of innocent lives cannot be tolerated. The centre set up at Kala Shah Kaku is fully computerised. Modern equipment has been installed for the checking of vehicles,” the CM said.
He said that there was a need also to improve the traffic management system. “I have personally seen traffic police officers talking on mobile phones instead of focusing on their duty,” the CM said.
The chief minister directed the IGP to take immediate steps for improving the traffic system. “Drivers with licences cause most accidents,” he said. He said that the government had decided to establish a driving licensing authority. “The authority will operate on the pattern of the VICS. Bogus driving licences are issued due to corruption. The entire system is being outsourced now,” he said.
He said that the Sahiwal Coal Power Project would be completed in June instead of December 2017. “With the completion of energy projects, electricity will be available in abundance next year. Those involved in political sit-ins have again become active and are bent upon undermining this process. After the success of Pakistan Muslim League-Nawaz (PML-N) in the Azad Jammu and Kashmir (AJK) elections, these elements should learn a lesson. It is unfortunate that they are again trying to create hurdles in the process of progress,” he said. The transport secretary said that another VICS centre had been completed in Green Town, Lahore.
OPUS group chairman Carl Magnusgreko said that the OPUS was improving road safety across the world. Swedish Ambassador Ingrid Johansson said that it was a pleasure to work with the Punjab government. She said the project would play an important role in the protection of human lives. “The Swedish government will further promote trade and economic relations with Pakistan,” she said. Minister Rana Sanaullah was also present.
Published in The Express Tribune, July 24th, 2016.